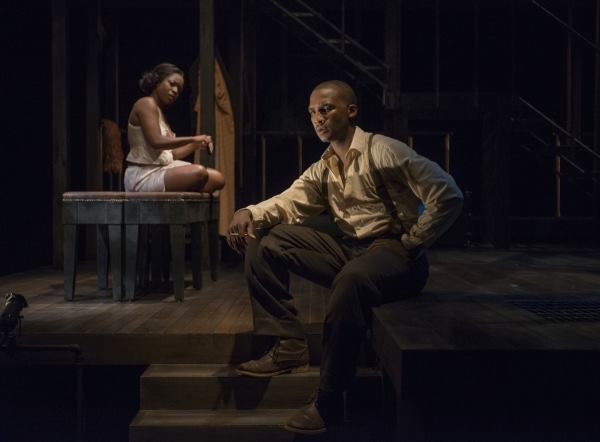 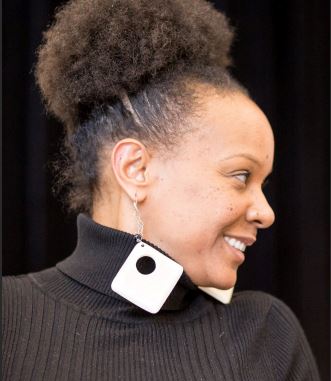 I first met Nambi E. Kelley just as she was graduating from the Goodman School of Drama at DePaul University.  She was, and frankly still is a vibrant, energetic, and focused artist with a sense of her craft that is astounding.  During our many years together as collaborators I have worked with Nambi in many capacities, but NATIVE SON marks the very first time that we have undertaken the playwright/dramaturge relationship.  It has been a wonderful journey getting to peel back another layer of the creative processes of Nambi E. Kelley.  She skillfully straddles a world of creative intuition, scholarly research, and the craft of playwriting in a manner that is both arresting and exhilarating.  In mid-July we sat down at a local diner to have a little chat about NATIVE SON, her art, and her window into the world of Richard Wright.  What follows is and edited version of that conversation:

Q. I know you have an ongoing relationship with the text.  Tell me what  drew you to NATIVE SON as a youth?

A. I was introduced to NATIVE SON at age eight. I grew up in the neighborhood where the story takes place. Their address was 3700 Rhodes Ave and my address was 3600. I picked up the book for 2 reasons.  First I knew the street names because it was my neighborhood, and second I was introduced to Richard Wright’s autobiography BLACK BOY in school- second grade I think.  So when I saw NATIVE SON I just assumed that it was a book for kids.  It was definitely not a book for kids… but I was fascinated.   I’m not even sure I understood what I was reading… it was disturbing, but I couldn’t put it down.  Halfway through the book my mother catches me reading it, and of course she took it away from me.  I was in high school before I ever got to finish the book.

Q. When did you develop an appreciation for the more sophisticated parts of the book?

A. Honestly, probably a year ago.  I was approached to adapt the novel, and I had not visited the book in many years.  So as I read it again I had to quiet the writer voice in my head and just listen.  I had to let the book come to me without dissecting it.  I just needed to see it and feel it as Richard Wright intended.  And that’s when the book opened up to me.  I have probably read it 40 or 50 times since I started this process.  And then the next level was in transcribing the text.  When you have to sit and write every word as he wrote it… when you have to be vested in that process before you can begin your own process of shaping a play from his story – that’s when you form the deeper appreciation.  That’s when you really see what Richard Wright was crafting.  …That’s when you really want to jump in and explore his ideas… play with those ideas like the two of you are having a conversation.

Q. When the call came from American Blues Theater to adapt the book, what were your initial thoughts?

A. Fear… Because it is way Bigger than me (pun intended). Because everybody has a relationship to the book – I mean everybody… And those relationships are very personal and vastly different.   How do you talk to and audience that has already made up its mind about what you are doing?

Q. Good question, how do you have that conversation?

A.  I trust Richard.  I feel like we’re on a first name basis now because we spend so much time together.  But seriously…  It’s not about me… it’s Richard’s story.  My adaptation isn’t about “look at Nambi E. Kelley”  it’s about look at Richard Wright’s story and all of its levels… all of the ways in.  If I trust in that, I don’t have to figure out how to talk to all of those different people …because Richard Wright has already done that for me.

Q. On a personal level- beyond Richard himself- how did you find your way inside this story?

A. As a child I was fascinated with how people think and how people behave.  I am particularly fascinated with the internal world of a character… how they think and feel and how those inner processes lead to external behaviors.   That fascination has manifested in every play I have ever written.  With NATIVE SON I feel like all of the work that I have been doing in my career up until this point has been in preparation for this moment.    Like I was an athlete in training, and now with NATIVE SON, I get to run with the best… and Richard is the absolute best.

Q. At the core of NATIVE SON you have a Black male character written by a Black male, originally penned approximately 75 years ago. Given all of that, were there any great challenges  to the work?

A.  You would think that there would be, but honestly no.  I see him as a human being, and once you open up your humanity to them (Bigger and Richard), you have no trouble in that regard.  The main challenge with the play is making the internal life of Bigger active.  It is very difficult  to dramatize thoughts and feeling that have so little room in our society to be expressed.

Q. How did you solve that problem?

A.  You’ve gotta see the play. 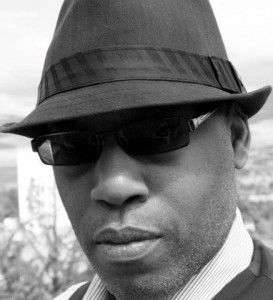 Shepsu Aakhu (Reginald Lawrence) is currently the Executive Producer for the Ma’at Production Association of Afrikan Centered Theatre (MPAACT). Practicing his craft under the name Shepsu Aakhu, he continues his commitment to the company as a playwright, scenographic designer, photographer and musician. As a playwright in residence with MPAACT, Shepsu has developed several critically acclaimed works in the Playwright’s Laboratory, among them are: Relevant Hearsay, SOST, Kiwi Black, Kosi Dasa, Fascia, The Glow of Reflected Light, The Abesha Conspiracy, Beneath A Dark Sky, Piece-Meal Clan and Otherworld Lovers. In 2004 Shepsu Aakhu was awarded the prestigious Artistic Fellowship in Scriptworks by the Illinois Arts Council. He is the recipient of the 16th annual Theodore Ward Prize for Playwrighting for Kiwi Black. He is a five time nominee for best original stageplay (Aldridge Award) by the BTAA of Chicago. He received the Ira Aldridge Award in 1999 for The Abesha Conspiracy. He has also received a nomination for best new work by the Joseph Jefferson Awards committee (Kiwi Black). Shepsu’s Softly Blue was featured in The Goodman Theater’s New Stages Series (2004).