In celebration of the 150th anniversary of Abraham Lincoln’s Emancipation Proclamation, we developed The Lincoln Project, which provides a free arts education program to 5th through 10th grade students in Chicago Public Schools and surrounding communities. We also present at museums, festivals, and other special events.

“We had the privilege to host American Blues…their spellbinding performance [of The Lincoln Project] brought home the human cost of slavery in the United States and offered a nuanced look at Lincoln’s evolution on the issue of abolition. It was an emotional and thought-provoking afternoon, one that our audience talked over long after the performance had ended.” –David Oberg, Executive Director, Grayslake Heritage Center & Museum.

In 2014, it was revealed that Chicago Public Schools (CPS) was found delinquent in complying with a public act made in 1991 requiring African-American History to be taught year-long from middle school through high school. CPS announced that it would be issuing a new Social Studies program for this upcoming school year. Through an integrated arts education approach, this challenge can be overcome with The Lincoln Project from American Blues Theater.

The Program: Students read scenes from the Pulitzer Prize-nominated script “The Heavens Are Hung in Black” and our study guide, watch scenes performed live in their classroom using professional actors, and participate in discussions. Students also write and perform their own scenes inspired from current events or personal experiences. This curriculum is used in classes such as American history, social studies, language arts, and extracurricular activities such as speech and drama.

The Lincoln Project is free to all Chicago Public Schools. We serve 4,000 students annually. 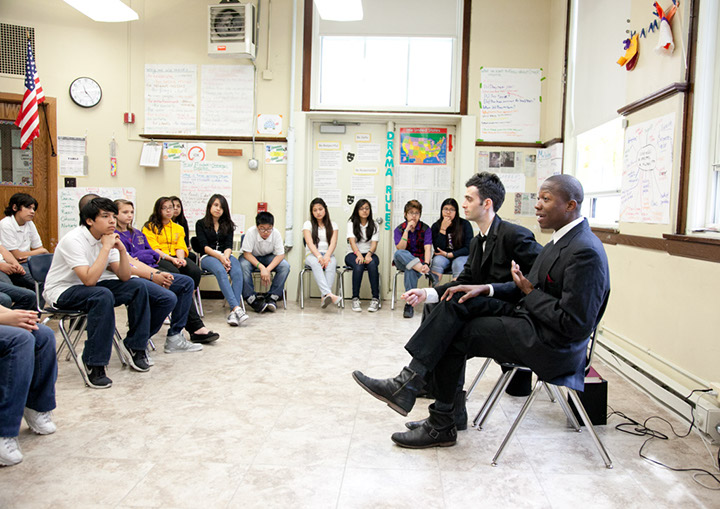 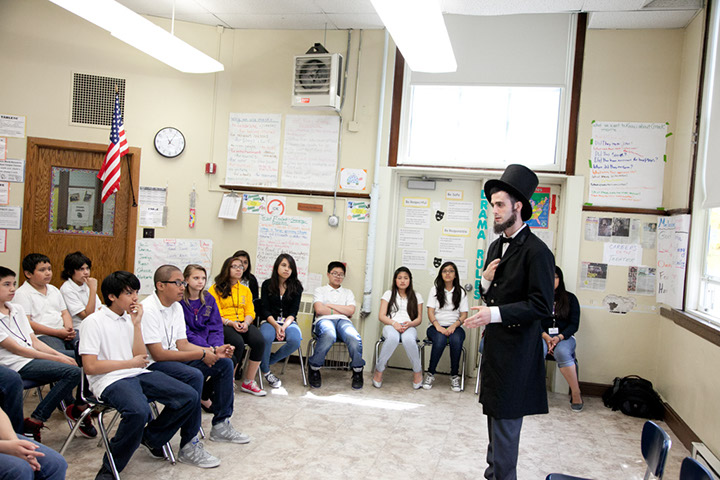 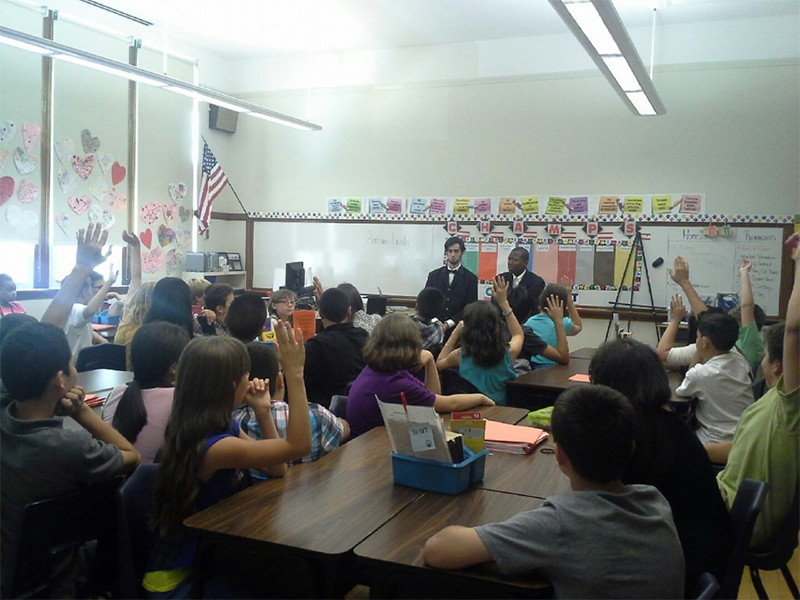 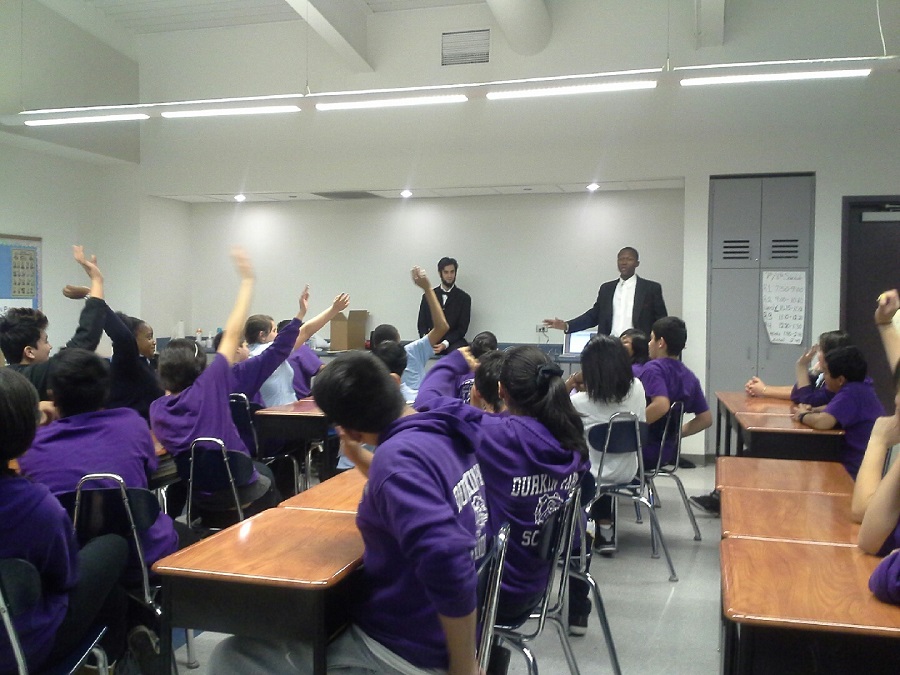 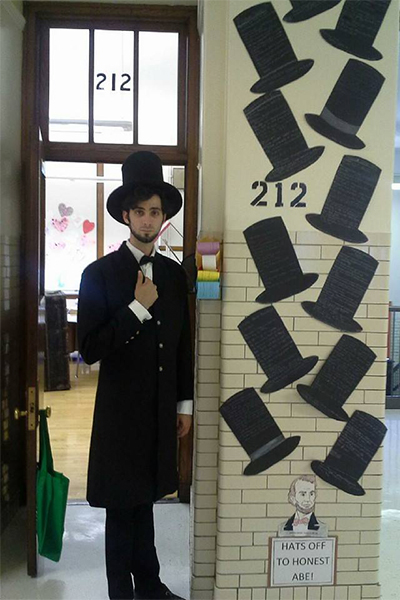 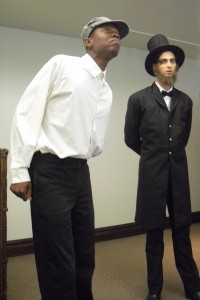 Interested schools and community-based organizations can get more information or book a performance by contacting Info@AmericanBluesTheater.com.  There is limited space each school year. Call (773) 654-3103 today.

Contact Blues Today
The Lincoln Project was a stellar experience which allowed students to express themselves in ways unknown to peers, teachers, and even themselves!
Ashley Mays

You can help support arts education alongside the American Blues Theater through “The Pledge of Allegiance”. Your contribution is tax-deductible and goes directly towards the artists and classroom materials. Your generosity keeps this program free to students in Chicago Public Schools.

This was a wonderful opportunity for students to see history in action. [American Blues] inspired our students to learn more about history, and inspired me to present history and current events in this innovative way.
Nathalia Washington

I learned it is okay to say your feelings.
Trey

It was an honor to have [American Blues Theater] here; the students really enjoyed the performances and had a great time writing scripts and acting them out.
Heather Chron-Bernard