“Family quarrels are bitter things. They don’t go according to any rules. They’re not like aches or wounds, they’re more like splits in the skin that won’t heal because there’s not enough material.” – F. Scott Fitzgerald 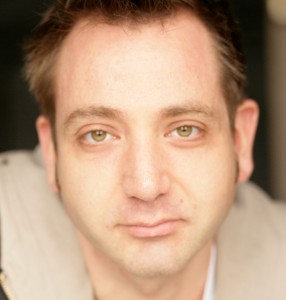 To be a sideman – an outside musician hired to support a group that is not their own – one must be both incredibly proficient and incredibly adaptable.  You are in full support mode, able to step in and shine when a moment requires, and then cede back into the band, always keeping the rhythm and never stealing the focus.  There is generosity to the act, and humility and it is a good metaphor for what many of us want from a familial structure.  Something solid and dependable, something we can be proud of but also something that we can unquestionably count on.

This family’s story, taking place between 1953 and 1986, takes us from the height of the Jazz wave to the moment where it has crashed on the shore and is receding back into the sand.   The American musical form, lauded and embraced by the masses, brought to mad heights in the 20’s and 30’s, stabilized in the 40’s for the war effort, and embraced again in the 50’s in celebration of America’s victory and our newfound preeminent position on the world stage, seemed destined to go on forever. Someone who, like Gene, was not just proficient but a masterful jazz artist seemed destined to have stability, in as much as an artist ever can.   Unfortunately, as soon as Elvis swiveled his hips on Ed Sullivan, the popular music scene shifted and the musicians who once ruled the scene began to subside on bar mitzvahs and unemployment.

The artist’s life is not a stable one, and neither is their temperament.  There is risk in the making of art, and, in forms that require collaboration, incredible trust that is necessary to create a situation where a group of people can all risk together.  The best ensemble acting is frequently compared to a jazz improvisation – a group of people taking an agreed upon form and riffing within it, playing off each other, staying connected and supporting one another’s moments of virtuosity.  That act of creation requires a commitment to the process that can, at times, prove all encompassing.   Frequently, it leaves little room for anything outside of that and an artist focused on their work will frequently prove an unreliable partner.

One of the more challenging realizations a child must come to is the discovery that, first, their parents are human and second, they are unlikely to change.  The wished for family is never going to supplant the actual one and all of the years of trying to change their behavior have proven, ultimately, unsuccessful.   For Clifford, reconciling the divide between Gene’s ability as an artist and Gene’s ability as a father is hard won.  His discovery that you can love him, despite the disappointments is even harder.