Our History with “It’s a Wonderful Life” 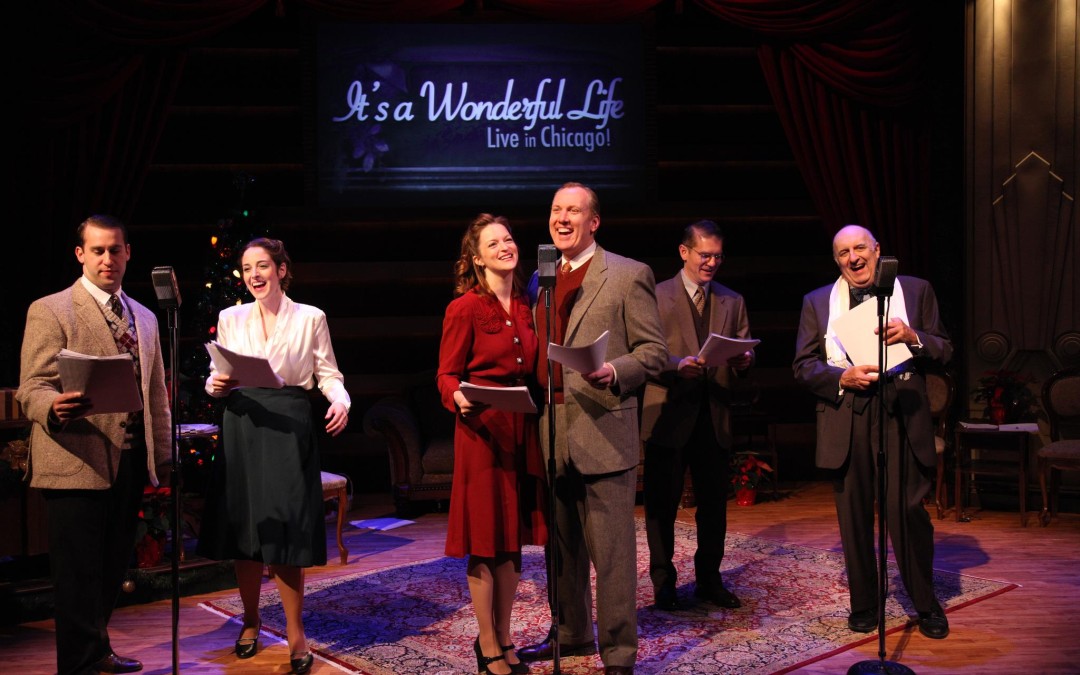 Welcome to the American Blues family! Since 2002, our productions of It’s a Wonderful Life have delighted more than 30,000 Chicagoans. This story is a staple of our mission: American Blues Theater illuminates the American ideas of freedom, equality, and opportunity in the plays we produce and communities we serve.

Our Ensemble believes it is an honor and duty to serve our community. We are proud to provide service to the USO, the U.S. Department of Veteran Affairs, Anixter Center, and Misericordia. Proceeds from our “Pink Previews” performances will be donated to The Lynn Sage Foundation for breast cancer research.

During 2002 & 2003, our Ensemble and former Artistic Director, Damon Kiely, presented staged-readings of It’s a Wonderful Life. In 2004, we expanded the event to a fully-staged production of Joe Landry’s adaptation, directed by Ensemble member Marty Higginbotham. In the years that followed, Higginbotham created a live-radio experience for audience members and adapted a new version with our Ensemble. Dramaturgical research and attention to detail were paramount to our adaptations. Higginbotham’s directorial elements included adding audio grams, lobby refreshments of cookies and milk, dramatized scenes from Capra’s film, a pre-show, and singing holiday carols. In our present iteration, you can also enjoy vintage projections, Lincoln Avenue circa 1944, and the “Soldier Spotlight” which has honored over 100 military personnel.

Your gracious spirits and open hearts are equally important to this Chicago tradition. Your presence is a gift to the Blues family. We welcome you—our home is yours. 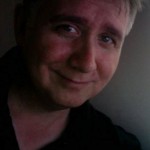 On Veteran’s Day in 1972, at the age of nine, I stood in a church in Birmingham, Alabama and shook hands with Jimmy Stewart. It was the nations’ oldest and largest Veteran’s Day celebration, and Mr. Stewart was there, not as a movie star, but as that year’s recipient of the National Veterans Award. Mr. Stewart enlisted in 1941, eight months before the bombing of Pearl Harbor, and It’s a Wonderful Life was his first film after returning home from combat in World War II. By the time he officially retired from the military in 1966, he had risen to the rank of Brigadier General and was one of the few men to go from private to colonel in four years. He was the recipient of the Croix de Guerre award, Presidential Medal of Freedom, Distinguished Service Medal, Army Commendation Medal, Armed Forces Reserve Medal, as well as receiving the Distinguished Flying Cross twice and the Air Medal four times. He flew combat missions during both World War II and the Vietnam War, and sadly lost his son Ronald to the latter conflict. Jimmy Stewart was more than a film star and Hollywood icon. He was also a man who served our country with courage and pride – a man who didn’t wait to be called upon.

I think that’s one of the reasons I love It’s a Wonderful Life so much – because it too is the story of a man who lived his life in service to his community. Unlike his brother Harry and the real-life Stewart, George Bailey never donned a uniform. But as the man left behind to organize rubber drives, scrap drives and keep the family business alive, George’s service, like countless other Americans, still made a difference. So this year, as we once again share this classic holiday story with you, we’d like to take a moment to honor and remember all those who have served and sacrificed.

Thank you. And may we always recognize the blessings that stand before us every day.