About IT’S A WONDERFUL LIFE: LIVE IN CHICAGO! Artists 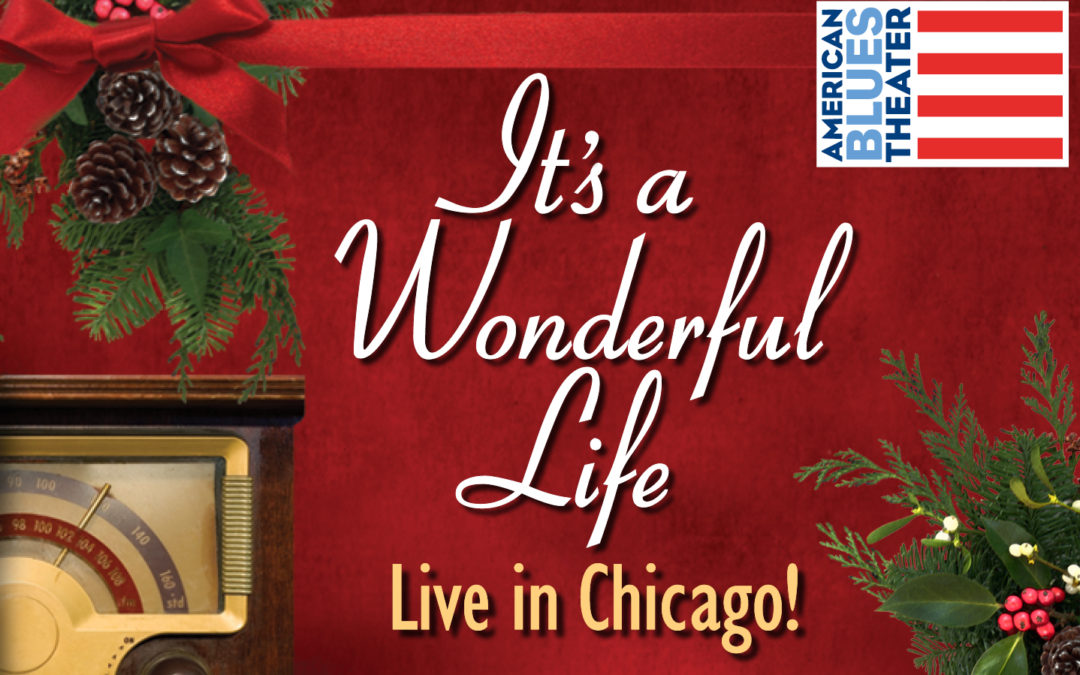 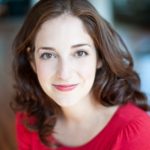 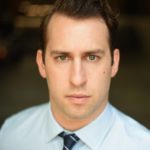 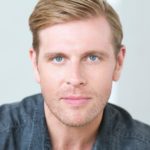 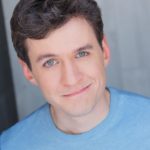 MATT EDMONDS (Announcer/Pianist) is pretty jazzed to make his American Blues Theater debut, and, tangentially, is rather excited that someone asked him to do a holiday show that isn’t Christmas Carol. He’s been performing in Chicagoland for 10ish years; recently, you may have seen him in Murder For Two (Marriott Lincolnshire, or before that, Milwaukee Repertory), Forever Plaid, Big River (Theatre at the Center), or James and the Giant Peach (Drury Lane Oakbrook). Favorite productions include Rent (Theo Ubique), Titanic, Ragtime (Griffin Theatre), All-American, Death of a Salesman (Redtwist Theatre), The Last Five Years (Metropolis PAC), Upright Grand (Citadel Theatre), and Next n To Normal (TheatreSquared). He is a company member at Redtwist Theatre, and is represented by Shirley Hamilton Talent. 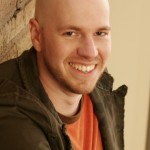 SHAWN J. GOUDIE (Foley) is a proud Artistic Affiliate of American Blues Theater. He is excited to be returning for his tenth season of It’s a Wonderful Life: Live in Chicago! It is a joy for him to share the magic of old time radio with so many wonderful folks year after year. He would like to thank his amazing wife, their endlessly curious children, and his loving parents. 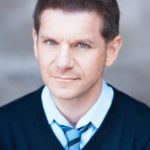 JAMES JOSEPH (Uncle Billy) is a proud Artistic Affiliate of American Blues Theater. He returns for his ninth season of It’s a Wonderful Life: Live in Chicago!  Also at American Blues he appeared in Tobacco Road, performed voiceovers for Hank Williams: Lost Highway and American Myth, and has written for the Ripped festival.  He has performed on Chicago stages for twenty years, including at Steppenwolf Theatre, Northlight Theatre, Victory Gardens Theater, and TimeLine Theatre.  He is your audio guide for the permanent Chicago Authored exhibition at the Chicago History Museum and was nominated for a Non-Equity Jeff Award (Supporting Actor) for his role in Faith Healer with UMA Productions. 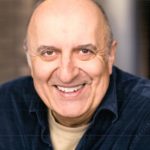 JOHN MOHRLEIN (Clarence/Mr. Potter) is a proud Ensemble member of American Blues Theater. 17 years as “Clarence/Mr. Potter”, and he loves getting to revisit and reinvent these characters year after year.  At American Blues, he’s appeared in Half of Plenty, It’s a Wonderful Life, A View from the Bridge, Strictly Dishonorable, American Dead, The Hairy Ape, A Lie of the Mind, Endgame, American Buffalo, The Skin of Our Teeth, The Threepenny Opera, A Stone Carver (Jeff nomination for Best Actor, After Dark Award for Outstanding Performance), and directed Catch-22. Other credits: The Glass House at the Art Institute of Chicago; nine productions at Goodman Theatre; and Cripple of Inishmaan, Heart of a Dog, and Murder of Cardinal Tosca at Northlight Theatre. His extensive television and film work includes Golden Boy, Good Night Sweet Wife, Dillinger, Killing Floor, Early Edition, Crime Story (recurring role), Untouchables, Devil’s Dominoes, Stranger Than Fiction, No Place to be Somebody, Hellcab, Hero, and Cold Justice.  Now he’s developing “Star Crossed Lovers”, “Pope Frank in Venice”, while continuing to install his art works. 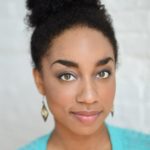 CAMILLE ROBINSON (Mary Bailey) is a proud Artistic Affiliate of American Blues Theater. She is thrilled to return to this beautiful, timeless show with such a wonderful cast and team. Her favorite Chicago theater credits include: Lizzie (Firebrand Theatre); Jesus Christ Superstar (Paramount Theatre); A Wonder in My Soul (Victory Gardens Theater); Wonderful Town (Goodman Theatre); and Little Shop of Horrors (American Blues Theater). Most recently, she completed a regional tour of Beehive: the 60s Musical and can be seen as “Nurse Tanya” on Chicago Med. Camille is a proud member of AEA and SAG/AFTRA and represented by Gray Talent Group. She sends all her love to her family and friends as she would be nothing without their unwavering love and support.

GWENDOLYN WHITESIDE (Director and Artistic Director) is a proud Ensemble member of American Blues Theater and has served as Artistic Director since 2010. Under her leadership, American Blues has nearly doubled the size of its Ensemble, added 30 Artistic Affiliates, and diversified its base of artists. She created the nationally-recognized annual Blue Ink Playwriting Award, Blueprint Development for new work, implemented community service into the company’s mission, and created the free arts education program The Lincoln Project for Chicago Public Schools which serves 3,000 students annually. She led American Blues through its 2009 rebirth and built the operational budget from zero to $1 million+ in seven years. Whiteside served numerous panels for the National Endowment for the Arts and sat on the national Board of Directors for Network of Ensemble Theaters. Currently she sits on the Board of Directors for The League of Chicago Theatres. She’s a graduate of Northwestern University (cum laude), The School of the Art Institute of Chicago (MFA), and a Kellogg Executive Scholar in Nonprofit management (Kellogg School of Management, Northwestern University). She was nominated for “Chicagoan of the Year” in Chicago Magazine and named in Newcity’s annual Players list numerous times. In eight years, nine American Blues’ productions won or were nominated for production by the Joseph Jefferson Award committee. She’s received 14 Joseph Jefferson Awards, Citations, and nominations as an actress and Artistic Director. Her favorite performances include Jeff Award for Solo Performance (Grounded) and seven years as “Mary Bailey” (It’s a Wonderful Life: Live in Chicago!). She’s the recipient of two After Dark Awards and numerous Broadway World Chicago Awards and nominations.

MICHAEL MAHLER (Music Director and Jingle Composer) is a proud Ensemble member of American Blues Theater. He may be spending the holidays up north this year, but his heart is still with his radio family. He has served as music director/jingle writer for the past 7 seasons of It’s a Wonderful Life: Live in Chicago. He most recently music directed and appeared in Buddy – The Buddy Holly Story. Past appearances with Blues include “Seymour” in Little Shop of Horrors, “Clifford” in Side Man, and “Jimmy” in Hank Williams: Lost Highway. Other recent Chicagoland music director credits: Parade (Writers), Road Show (Chicago Shakespeare), Pinkalicious (Marriott), and The Music Man (Paramount). Michael can currently be seen in Holiday Inn at the Marriott Lincolnshire. He is a Jeff Award-winning composer/lyricist who contributed additional lyrics to the new Broadway production of Miss Saigon. Love to his wife Dara Cameron and their little angel, Ezra.

GRANT SABIN (Scenic Design) is a proud Artistic Affiliate of American Blues Theater. A native of rural Illinois, Grant blends his rural roots with urban art. He’s a recipient of the 2015 Michael Maggio Emerging Designer Award. He’s a graduate of Columbia College with a BFA in theatre design where he was awarded the 2005 Michael Merritt student scholarship for collaboration in theatre design. He is known throughout Chicago for his keen eye in capturing atmospheric detail and his ability to design “impressively executed sets” on a storefront-theater budget. His designs have been seen at Northlight Theatre,  Victory Gardens Theater, Steppenwolf Theatre, Next Theatre, The Royal George, Overture Center WI,  Theatre Wit, Gallagher Bluedorn IA, American Blues Theater,  American Theater Company, Christina Isabelle Dance, The Seldoms Dance, and  A Red Orchid. He was nominated for a Joseph Jefferson Award for his design of American Blues’ production of Yankee Tavern, A Red Orchid’s production of The Sea Horse, and Dog & Pony’s production of Mr. Marmalade.  He was recently named one of the Top 50 Players in Chicago Theatre by New City Magazine. Grant is currently a part-time faculty member at Columbia College.

CHRISTOPHER J. NEVILLE (Costume Design) is a proud Ensemble member of American Blues Theater. He is elated to be back this holiday. Previous Blues costume designs include Hank Williams: Lost Highway (assistant), The Rainmaker, It’s a Wonderful Life: Live in Chicago, Looking Over The President’s Shoulder, and Dutchman/TRANSit. Christopher stitched and assistant designed at Victory Gardens Theater, Lookingglass Theatre Company, Chicago Opera Theater, Theatre at the Center, and Signal Ensemble Theatre. Along with balancing design work, Christopher teaches yoga across the Chicagoland area. He trained at Peninsula Players Theatre as a production intern and received his BFA in Theatre Design & Technology from Oakland University in Rochester, MI. www.cjnevilledesigns.com

KATY PETERSON VICCELLIO (Lighting Design) is delighted to return for her 14th year as Lighting Designer to It’s a Wonderful Life: Live in Chicago. Katy has designed lighting and scenery throughout the United States for nearly 20 years. Favorite Chicago shows include It’s a Wonderful Life: Live in Chicago! with American Blues; Playing With Fire, I Am My Own Wife (Jeff nomination) with BoHo Theatre, and seven seasons of Lighting/Production Design for The Oprah Winfrey Show. She holds a B.A. from The University of Texas and M. Arch from The Ohio State University. Katy practices architecture in Columbus, Ohio, where she lives with her husband, son, and two rescue dogs. Her first building as a project director won a 2018 AIA Ohio Honor Award and was featured in Metropolis magazine.

ELYSE DOLAN (Set Dressing and Properties Design) is a proud Ensemble member of American Blues Theater where she is also the Associate Producer. Outside of her enthusiasm for decorating Christmas trees, she’s primarily a Director. Here at Blues she has directed several short plays in past Ripped festivals, staged readings in the annual Blue Ink Festival, and has been Assistant Director on a handful shows including Six Corners (dir. Gary Griffin) and Little Shop of Horrors (dir. Jonathan Berry). Her directing work has been seen across Chicago at The New Colony (where she is also their Director of Education), Broken Nose Theatre, Prop Thtr, Commission Theatre, Babes with Blades, 20% Theatre Company, Pride Films & Plays, and more. She has also served as Assistant Director on productions at Raven Theatre, Oracle Theatre, 16th Street Theater, and Redtwist Theatre. Elyse holds a B.A. from Denison University.

SHANDEE VAUGHAN (Stage Manager and Production Manager) is a proud Artistic Affiliate of American Blues Theater and Production Manager. She is excited to be back again for It’s a Wonderful Life: Live in Chicago! This show is one she holds dearly in her holiday tradition, and she is happy to share it once again with her Blues family. Blues credits: Flyin’ West, Buddy – The Buddy Holly Story, The Columnist, It’s a Wonderful Life: Live in Chicago, and Little Shop of Horrors. Other recent Chicago credits include: Time Is On Our Side (About Face Theatre), Deathscribe X (WildClaw Theatre), Night in Alachua County (WildClaw Theatre), and The Woman in Black (WildClaw Theatre). Shandee is a freelance stage manager & production manager from Arizona. shandeevaughan.com

BREANA YOUNG (Assistant Stage Manager) Born and raised in Chicago and its surrounding suburbs where the theater is full of life, Breana has grown to love theater in all of its forms. Since graduating from the University of Illinois at Chicago in the spring of 2017 with a bachelors in Theatre Design, she has since been working in theaters around Chicago and more recently found a home at American Blues (This Wonderful Life, Six Corners, Buddy – The Buddy Holly Story, Flyin’ West).