About ON CLOVER ROAD Artists 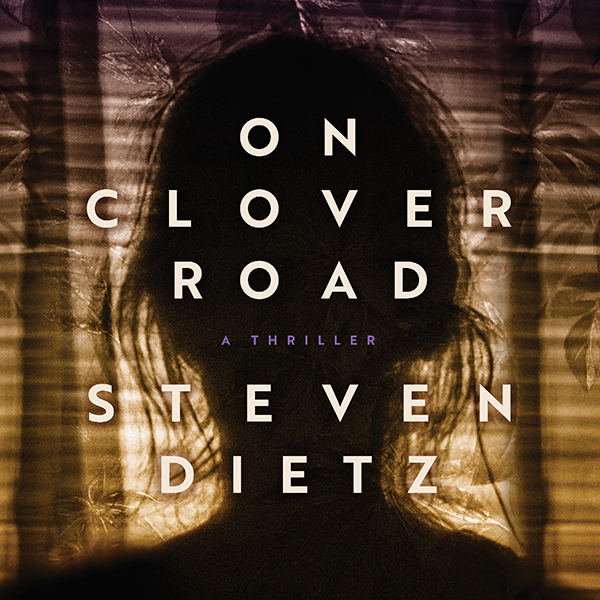 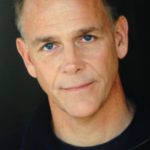 PHILIP EARL JOHNSON (Stine) is a proud Ensemble member of American Blues Theater. He was last seen at Blues as “Joe Alsop” in The Columnist. Recent Chicago credits include “Dr. Stockmann” in An Enemy of The People at the Goodman Theatre, Dance of Death (Writers Theatre), Danny Casolaro Died for You (TimeLine Theatre), and A Christmas Story (Paramount Theatre). Recent TV: Proven Innocent, Empire, Chicago Med, and Chicago Fire. He can be seen much of the year traveling the country in his one-man clown act MooNiE: Juggler, Ropewalker, Foolish Mortal and his new comedy show, To Flop or Not To Flop: Is That a Question? He will play “Autolycus” in the upcoming Goodman Theatre production of The Winter’s Tale and is represented by Paonessa Talent for theatrical and NV Talent for voice. 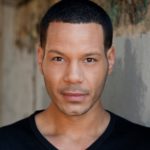 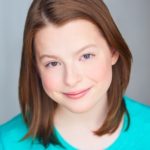 CAROLINE PHILLIPS (The Girl) is a Chicago native who has been part of the local theater community since the age of seven. She is ecstatic to be performing in her first show with the American Blues Theater! Caroline was most recently seen in Linda (“Bridget”) at Steep Theatre. Other Chicago credits include: To Kill A Mockingbird (u/s “Scout”) at Steppenwolf Theatre; Stutter (“Carrie/Tucker”) at Goodman Theatre; Lighthousekeeping (“Young Silver”) at New Leaf Theatre; Annie Get Your Gun (“Nellie”) at Music Theater Works; Wrong Mountain (“Cheyenne”) at Rare Terra Theatre Company; as well as various productions with Li’l Buds Theatre Company and The Actors Gymnasium. Television credits include: Chicago Fire and commercials for Lunchables and GE. Caroline is represented by Paonessa Talent. 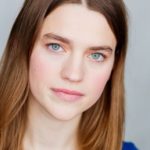 GRACE SMITH (The Girl) is thrilled to make her American Blues Theater debut. Chicago: Plantation! (Lookingglass Theatre Company); Eden Prairie, 1971 (Goodman New Stages); MARYSHELLEYSHOW (Chicago Fringe); and readings with the Shakespeare Project of Chicago. Regional: Peter and the Starcatcher (City Equity Theatre); As You Like It, Alice in Wonderland, A Christmas Carol, and King Lear (Alabama Shakespeare). NYC: Censored on Final Approach (The GYM at Judson); The School for Lies (Boxed Wine Productions). Film and TV credits include the upcoming features As With Knives and Skin and Dreaming Grand Avenue, MTV’s Short Comings, and The World’s Astonishing News! Love and thanks to her family and the wonderful folks at Paonessa Talent Agency. gracesmithactor.com 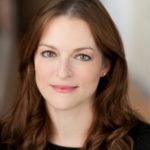 GWENDOLYN WHITESIDE (Kate Hunter) is a proud Ensemble member of American Blues Theater and has served as Artistic Director since 2010. Under her leadership, American Blues has nearly doubled the size of its Ensemble, added 30 Artistic Affiliates, and diversified its base of artists. She created the nationally-recognized annual Blue Ink Playwriting Award, Blueprint Development for new work, implemented community service into the company’s mission, and created the free arts education program The Lincoln Project for Chicago Public Schools which serves 3,000 students annually. She led American Blues through its 2009 rebirth and built the operational budget from zero to $1 million+ in seven years. Whiteside served numerous panels for the National Endowment for the Arts and sat on the national Board of Directors for Network of Ensemble Theaters. Currently she sits on the Board of Directors for The League of Chicago Theatres. She’s a graduate of Northwestern University (cum laude), The School of the Art Institute of Chicago (MFA), and a Kellogg Executive Scholar in Nonprofit management (Kellogg School of Management, Northwestern University). She was nominated for “Chicagoan of the Year” in Chicago Magazine and named in Newcity’s annual Players list numerous times. In eight years, nine American Blues’ productions won or were nominated for production by the Joseph Jefferson Award committee. She’s received 14 Joseph Jefferson Awards, Citations, and nominations as an actress and Artistic Director, two After Dark Awards, and numerous Broadway World Chicago Awards and nominations. Her favorite performances include Jeff Award for Solo Performance (Grounded) and seven years as “Mary Bailey”. She directs the Joseph Jefferson Award nominated annual holiday production It’s a Wonderful Life: Live in Chicago! 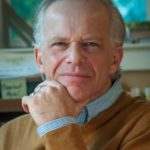 STEVEN DIETZ (Playwright) Steven Dietz’s thirty-plus plays and adaptations have been seen at over one hundred regional theatres in the United States, as well as Off-Broadway. International productions have been seen in over twenty countries, including recently in Brazil, Thailand, South Africa, Estonia and Iran. Recent world premieres include Bloomsday (Steinberg New Play Award Citation), and This Random World (Humana Festival of New American Plays). His interlocking plays for adult and youth audiences (The Great Beyond and The Ghost of Splinter Cove) will premiere in Charlotte NC this spring. Dietz was awarded the Kennedy Center Fund for New American Plays Award for Fiction and Still Life with Iris; the PEN USA Award in Drama for Lonely Planet; and the Edgar Award® for Sherlock Holmes: The Final Adventure. Currently a Dramatists Guild “Traveling Master” – Dietz teaches workshops in playwriting and story-making across the U.S. He and his wife, playwright Allison Gregory, divide their time between Seattle and Austin. 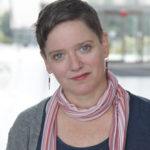 HALENA KAYS (Director) was an artistic director of The Hypocrites and is the co-founder and former artistic director of Barrel of Monkeys.  She is a founding member of the artistic collaborative, The Ruffians, and directs their recurring hit production of Burning Bluebeard as well as their other experiments in live performance events. She is a UT-Austin and Northwestern grad, former member of the Big Apple Circus Clown Care unit, past co-artistic curator for Theater on the Lake, and assistant professor at Northwestern University.  Halena is an Artistic Associate with The Neo-Futurists where she has directed Comfortable Shoes (in-process), Pop/Waits, 44 Plays for 44 Presidents, co-created and directed Daredevils and Daredevils Hamlet, and the sight specific extravaganza, Fake Lake. Some interesting Chicago directing credits: Endgame, Ivywild, Six Characters in Search of an Author at The Hypocrites; The Magic Play at the Goodman Theatre, Lord of the Flies at Steppenwolf TYA; Feast (part of a collaborative directing effort) with The Albany Park Theatre Project at the Goodman Theatre. Regionally Halena has directed The Magic Play at The Olney Theatre Center, The Actors Theatre of Louisville, Portland Center Stage, and Syracuse Stage, Love Song with The Nashville Story Garden, and Secretary for Nashville Rep’s Ingram New Works Festival. Halena is a recipient of the prestigious 3Arts award and received a signed letter from Mr. Rogers saying she was “special” in 1978. Proud member, SDC.

LIZZIE BRACKEN (Scenic Design) is a scenic designer and artist living in Chicago. Originally from Philadelphia, Lizzie studied architecture at the University of Notre Dame.  She then worked for ADAM Architects in England and Fairfax and Sammons Architects in New York before pursuing her MFA in Theatrical Design at the University of Texas at Austin.  Her work includes productions with Steppenwolf Theatre, Goodman Theatre, Actor’s Theatre of Louisville, The Hypocrites, The Neo-Futurists, and The Ruffians.  Her experience includes devised and new work, interactive installations, and touring productions.  Lizzie was an Assistant Professor of Theatrical Design and Technology at North Central College for several years, and is currently a company member with The Ruffians and Barrel of Monkeys in Chicago.

ALISON SIPLE (Costume Design) is a freelance costume designer based out of Chicago. She is a community member of The Hypocrites, an Artistic Associate with Lookingglass Theatre Company, and an Artistic Associate of Steep Theatre. Alison was the first theatrical designer to receive a 2011 3Arts Grant. She won the 2015 Equity Jeff Award for All Our Tragic (The Hypocrites) and the2010 Equity Jeff Award for The Mystery of Irma Vep (Court Theatre). Alison also received Non-Equity Jeff Awards for Cabaret (The Hypocrites, 2010), Time and the Conways (Griffin Theatre, 2006) and Leonce und Lena (The Hypocrites, 2005). She was included in a NewCity Chicago’s 2010 year-end list of 50 important people in Chicago theatre and was named one of the 5 most prolific artists of the decade by Time Out Chicago.

MARY O’DOWD (Properties Design) is honored to return to American Blues, having designed props for Six Corners, This Wonderful Life, and Beauty’s Daughter.  She has created props/set dressing for dozens of shows and received several Jeff nominations. Most recent design: Rock ‘n’ Roll (Artistic Home); next up: Into the Breeches (Northlight Theatre); favorite project ever: Bakersfield Mist (TimeLine Theatre). Mary is a graduate of the United States Merchant Marine Academy in Kings Point, NY.

GABY LABOTKA (Fight Director) is an actor, director, choreographer, and more whose recent fight and/or intimacy choreography credits include La Ruta (Steppenwolf Theatre); In the Blood (Red Tape); Neverland (Prop Thtr); Jane Eyre (Northwestern University); Borealis (The House Theatre); Hamlet and A Swell in the Ground (The Gift); Another Jungle (CloudGate Theatre); Through the Elevated Line (Silk Road Rising); A Story Told in Seven Fights (The Neo-Futurists); The Good Fight (Babes with Blades); Dontrell, Who Kissed the Sea  (First Floor Theatre); Night in Alachua County (WildClaw Theatre); and Romeo and Juliet (Teatro Vista, 2017). Gaby recently received the ALTA Award for Outstanding Fight Choreography and/or Intimacy Design for her work on A Story Told in Seven Fights. She is a member of ALTA, Intimacy Directors International, and an Advanced Actor Combatant with the SAFD. Keep Smiling! www.gabylabotka.com

SHANDEE VAUGHAN (Production Manager / Stage Manager) is a proud Artistic Affiliate of American Blues Theater and serves as Production Manager. She is excited to work alongside her Blues family for On Clover Road! Blues credits: It’s a Wonderful Life: Live in Chicago (2016 & 2018), Flyin’ West, Buddy – The Buddy Holly Story, The Columnist, and Little Shop of Horrors. Other recent Chicago credits include: Time Is On Our Side (About Face Theatre), Deathscribe X (WildClaw Theatre), Night in Alachua County (WildClaw Theatre), and The Woman in Black (WildClaw Theatre). Shandee is a freelance stage manager & production manager from Arizona. shandeevaughan.com Arizona.