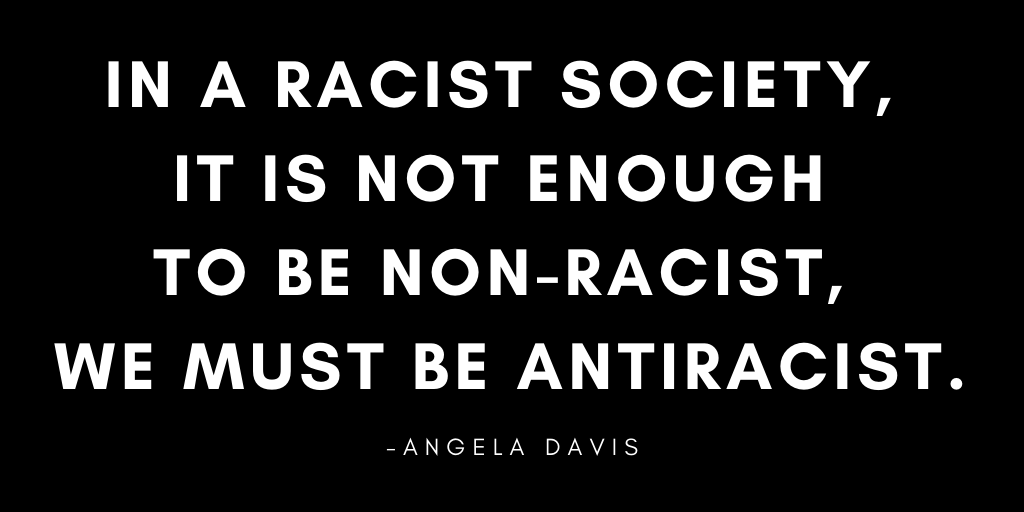 “…it falls on all of us – to work together to create a ‘new normal’ in which the legacy of bigotry and unequal treatment no longer infects our institutions or our hearts.” – President Barack Obama

August 24, 2020 – Response to We See You White American Theater Demands

To all Creators, Organizers, and Supporters of We See You White American Theater Demands,

In early June, horrified and grieving over the killings, violent acts, and abuse to Black, Brown, Indigenous, and other underrepresented populations, American Blues Theater committed to becoming an actively anti-racist organization.

We knew posting a simple statement of solidarity was not enough. Statements without action are performative, value signaling, and do nothing to eradicate the white supremacy and systemic racism with which America was founded and has prospered.

Systems change begins with self. Early this summer, we began to reflect, have complex and honest conversations about our identity as a theater and as a community of Ensemble members, and educate ourselves. We formed an anti-racism committee, began trainings in workplace bias, cultural equity, and anti-racism pedagogy.

Then in July, we received the We See You White American Theater Demands.

Each action item in the document was born from your painful, personal experiences in white American Theaters – including ours. In cultural humility and transparency, we acknowledge there were items listed we hadn’t ever considered – proving the necessity of the document’s creation.

Your courage and efforts in creating this document have been heard. They have been read, studied, noted, and used as a blueprint in which to build an equitable house.

American Blues Theater commits to making impactful and essential changes. For accountability and transparency, we will update the public on our anti-racist work in the coming months on our website, social media, and additional communications. The following is in no way the exhaustive list:

The work goes on as long as we breathe.

In solidarity. In tribute. In service.

We grieve for the Black, Brown, Indigenous, and other underrepresented communities who have lost lives to racist violence and hatred. We support the demands for justice.

We know statements are not enough. We’ve reflected since our statement of solidarity (May 30), and understand that we, like so many other American theaters, profited from systemic racism in this country. Our privilege must be acknowledged. We must do better.

We must create a culture of racial equity across all areas of our organization. This is not a quick fix. American Blues Theater commits to these lifelong pursuits:

–to produce and amplify more voices from Black artists and artists of color in our mainstage programming.

–to increase representation in governance; to hire more Black, Indigenous, People of Color (BIPOC) and other underrepresented communities in staff and artistic positions.

–to further invest in our community service and arts education in under-resourced schools and neighborhoods.

–to deepen our public discussions and forums, providing pathways and opportunities for change.

–to educate and train the American Blues Theater family in becoming an actively anti-racist organization.

–to provide space and care for our Black, Indigenous, People of Color (BIPOC) and other underrepresented artists and patrons.

–to undergo an annual, organizational audit by third-party anti-racism professionals to hold ourselves accountable.

We make these commitments to you and ourselves. We are dedicated to become an actively anti-racist organization. All action items will be specific, measurable, and timely to align with our promises, values, and mission.

American Blues Theater stands in solidarity against racism and hate.

Watch the Arts Alliance Illinois webinar “Arts and Culture as Part of the Solution: Intro to Systemic Racism”.